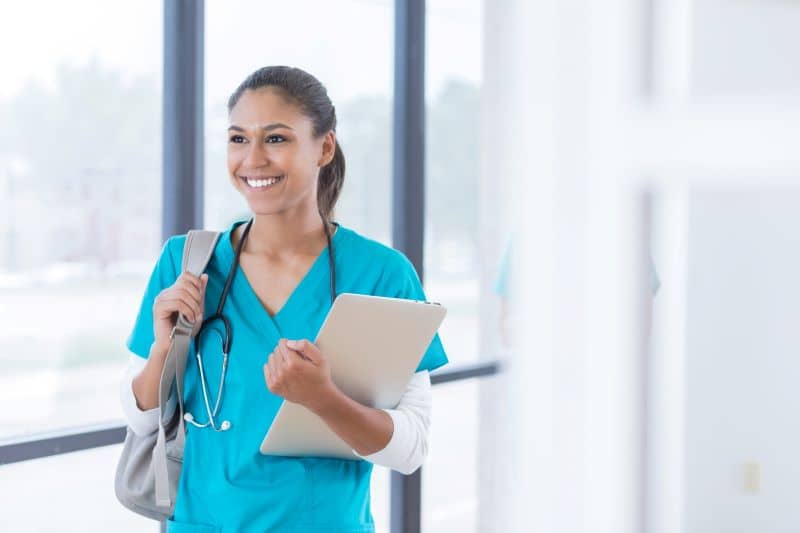 Delivering health care has become more complex and nurses are recognizing the need for additional education to better care for their patients. Among other findings, the new AMN Healthcare 2015 Survey of Registered Nurses: Viewpoints on Retirement, Education and Emerging Roles indicated nurses have a strong interest in furthering their education to expand career opportunities and are exploring new fields in nursing.

The survey found strong interest among nurses to obtain more education. More than three-quarters of younger nurses, 77 percent of those younger than age 40, indicated they plan to pursue a higher degree during the next three years: 32 percent a bachelor’s degree, 37 percent a master’s degree, and 8 percent a doctoral degree. Among these younger nurses, 36 percent are currently enrolled in a program or are considering pursuing a degree to become a nurse practitioner or pursue another advanced practice role.

Of all the 8,828 nurses responding to the AMN survey in the spring of this year, 49 percent said within the next three years they plan to pursue a higher degree: 22 percent a bachelor’s degree, 21 percent a master’s degree, and 6 percent a doctoral degree. And 19 percent of the entire cohort indicated they are currently enrolled or considering pursuing an advanced-practice degree.

The survey found 72 percent of nurses know about new and emerging roles for nurses, and 62 percent reported an interest in entering a training program for the new roles if one was available. Younger nurses expressed the greatest interest in such opportunities at 69 percent.

A greater percentage of nurses working in management, 83 percent, and oncology, 82 percent, were aware of the emerging roles. NICU/neonatal nurses reported the lowest percentage of awareness of the opportunities at 59 percent.

An increasing number of schools and colleges of nursing are offering online courses for RN-to-BSN and advanced degrees, making it easier for travel nurses to continue their education. Salary surveys have shown nurses with additional education, typically, earn more.

The IOM report also recommended professional certification. Twenty-seven percent of respondents to the AMN RN survey reported holding certification, and 41 percent indicated an interest in pursuing certification during the next one to three years.

Certification renewal typically requires continuing education courses, such as those offered at RN.com.