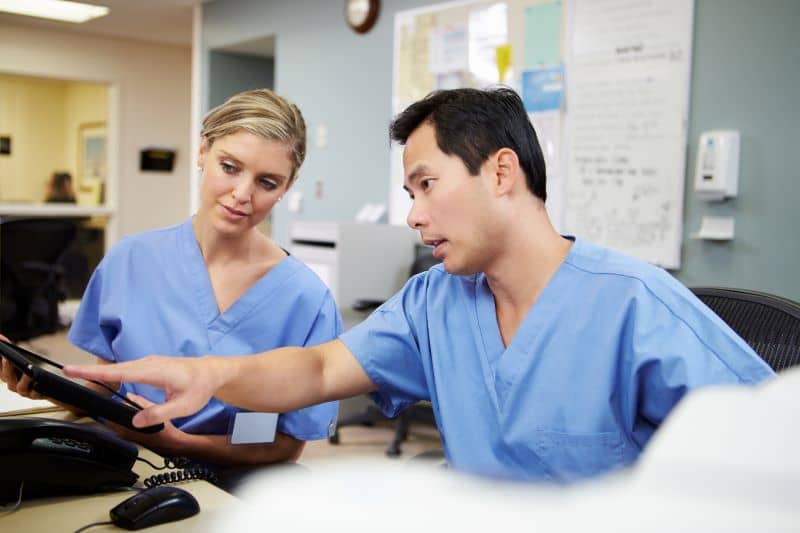 By now, it’s no surprise that if you randomly picked an American industry, you’d find that male workers earn more than women. But nursing?

In a field where women still hold 91 percent of the jobs, survey findings that male nurse pay is still higher than that of female RNs should raise eyebrows.

According to the recently released Medscape RN/LPN Compensation Report 2017, male nurse salaries are larger when compared to female RNs.

If you only look at the highlights of the Medscape RN/LPN Compensation Report 2017, the pay gap seems obvious. In interviews with just over 5,000 RNs, of which 9 percent were male, the following facts stood out:

These male nurse salary advantages are in line with slightly older research conducted by the University of California San Francisco. In that report, the big reveal was that male nurse salaries were higher by about $5,000 per year.

However, the Medscape 2017 survey also found that RNs of both genders earned roughly the same hourly pay rate of about $37.

So why is there such a significant pay difference between the genders if both earn about the same on an hourly basis? The Medscape survey had some interesting findings on that point.

There are several differences in work decisions between the genders that could account for at least some of the gap. Here are a few highlights, according to the aforementioned study.

More to Be Done for Equal Pay

Overall, this latest survey indicates definite gender disparities in compensation for RNs -- and that more needs to be done to erase the gender pay gap.

Job Renewals JUN 30, 2016
How To Renew Your Travel Nursing Job

As soon as you realize a specific assignment you’d like to continue, our experts advise starting the renewal process as quickly as possible.