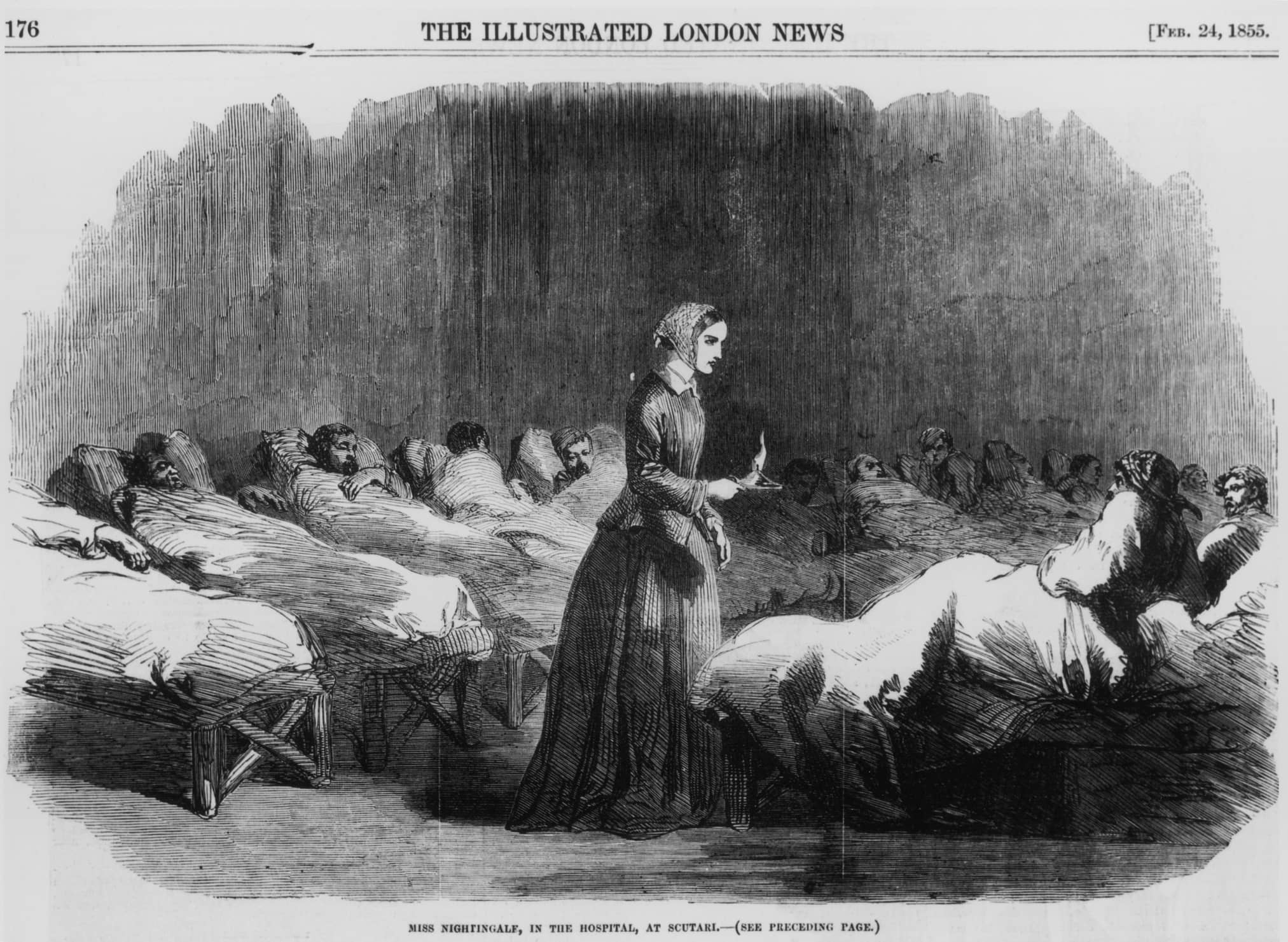 The Most Inspirational Nurse Of All Time

Florence Nightingale, known as the ‘lady with the lamp’, had the strongest impact on the field of nursing and healthcare as we know it today. Onward Healthcare’s travel nurses often find inspiration from Florence and her experiences in nursing. She dedicated her life to the treatment of the sick and frail, changed the design of hospitals, and developed the field of preventive medicine. Florence also enforced workplace safety, determined to stop contamination and the spread of infections and disease. Her dream, dedication, and passion-filled her lifelong commitment to speak out, educate, overhaul, and sanitize the horrendous healthcare conditions in England. What skills and experience do travel nurses share with Florence Nightingale? Why do so many travel nurses find her to be so inspiring, having such a strong impact on their lives? Let’s find out how Florence Nightingale became universally recognized and known as the "pioneer of modern nursing".

Florence Nightingale was born on May 12, 1820, in Nightingale, Italy. The younger of two children, her family belonged to elite social circles. . Florence was raised on the family estate at Lea Hurst, where she was homeschooled by her parents and tutors. Although she was born in Italy, she grew up in London. Her father taught her history and philosophy, while her governess taught her music and the arts. She gained excellence in Mathematics and found solace in taking care of other people.

To understand and recognize the strong impact that Florence has had on travel nurses, nursing, hospitals, and patient care, it is helpful to see the timeline of her dedicated commitments, successes, and drastic overhaul of the healthcare industry: Florence Nightingale

1853: Florence started working at the Harley Street Nursing Home in London. She made improvements to the nursing home, including more training for the staff and implementing a system that piped hot water to every floor. She also created a lift to bring patients their meals. She became the superintendent at the Institute for the Care of Sick Gentlewomen in Upper Harley Street, London, and held this position until October 1854.

1854: Florence Nightingale and her group of 38 nurses that she trained, went to Crimea when the Crimean War began. The reports of the Crimean War in the newspapers described the lack of proper medical facilities for the British soldiers. The British army could not accommodate the battle injuries and casualties, which led to cholera, lack of supplies, and a massive problem with sanitation. To say that the battlefield medical facilities were deplorable, was an understatement. There was absolute filth, overcrowding, rats, and shortages of supplies, surgeons, clothes, food, and medicine. The Minister at War, Sidney Herbert, appointed Nightingale to oversee the care of the wounded in Constantinople, Turkey. Florence’s first priority was to scrub all of the injured men’s clothes, making them more sanitary and germ-free. In addition to insisting that all dirty clothing be removed from the hospital and taken outside to be washed, she spent her own money to purchase bandages, extra clothes, 200 scrub brushes, better food, operating tables, and basic necessities for the hospital.

Once Florence had organized everything and put new practices into place, the hospital conditions drastically improved and were more sanitary. Her nurses cleaned the entire hospital, eliminating all germs, which contributed greatly to the decrease in contamination and spread of deadly diseases. She sent detailed reports back to London about ways in which they could improve conditions for patients. During her night shifts, Florence made her rounds on horseback with an oil lamp in her hand to light the way. She would visit each patient at their bedside with a lamp in her hand, and widely became known as the ‘Lady with the Lamp’.

As a result of Florence’s initiatives and successes with hospitals, patients, and doctors, the public noticed the importance of nurses, and the nursing profession changed forever. Her selfless devotion and determination gave the dignity to honor travel nurses, hospital staff, and patient care. What was once considered an occupation with little respect suddenly became the most honorable profession in the country. The word spread around the country, as funds and donations flooded the hospitals, and patients received better care.

During this time, Florence researched and studied environmental settings that were appropriate for the gradual restoration of patients’ health. She also wanted to understand how the external factors that were associated with the patient’s surroundings affected their biological and physiological processes. The Environmental Theory, by Florence Nightingale, described nursing as "the act of utilizing the environment of the patient to assist him in his recovery." Florence identified five environmental factors: fresh air, pure water, efficient drainage, cleanliness or sanitation, and light/direct sunlight which put the patient in the best possible condition to improve and become healthy in a nurturing environment. Florence forever changed the face of the nursing profession, as she created sanitary conditions so that patients could receive the best care.

1856: The Crimean War ended, and Florence returned to her childhood home, Lea Hurst, in England. The public welcomed her with open arms and shouts of victory. Florence not only transformed health care, but she inspired the groundwork to open the National Red Cross and Red Crescent Societies, which carried out her tasks and procedures of caring for the wounded and sick soldiers in battle. Based on her experiences and observations in Crimea, Nightingale wrote “Notes on Matters Affecting the Health, Efficiency, and Hospital Administration of the British Army”. It was an 830-page report which analyzed her experience and proposed the same reforms for military hospitals, which led to the establishment of a Royal Commission for the Health of the Army in 1857 and the United States Sanitary Commission.

1860: Florence established the Nightingale Training School for Nurses at St. Thomas’ Hospital in London. After the nurses received their training, they went to practice at hospitals in Britain, enforcing the ‘Nightingale model of nursing’. Florence also published “Notes on Nursing”, which outlined her principles of nursing, and she used the money from the sales to establish St. Thomas Hospital and the Nightingale Training School for Nurses.

1870: Florence mentored Linda Richards, America’s first trained nurse. This enabled Linda to return to the USA with the training and knowledge to establish the highest quality nursing schools. Inspired by Florence Nightingale, Linda became an innovative nursing pioneer in the USA and Japan.

1904: Florence was awarded the Order of Merit.

1910: Florence fell ill and passed away on August 13 at her home in London.

1912: A medal, created in Florence Nightingale’s honor, was created. This honor recognized the outstanding nurses who showed courage and devotion to the wounded, sick, and disabled or to civilian victims of armed conflict and natural disasters.

Do you want to be a courageous innovator and a pioneer in the nursing profession? Are you ready to share Florence Nightingale’s passion, compassion, and dedication to patient care? Join Onward Healthcare, and start your dream travel nursing job today!