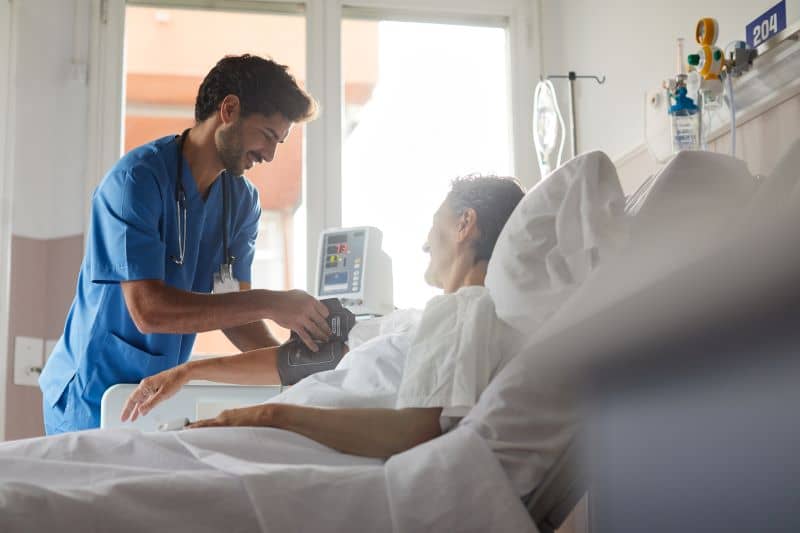 The nursing profession represents the largest segment of healthcare workers in the nation. Nurses play a vital role in patient care, but the number of experienced nurses is dwindling as older nurses hit retirement age. The demand for nurse graduates to take up the slack has helped promote the growing trend of male nurses. While nursing professionals remain predominately female, men in nursing have steadily grown over the last several decades. The idea of male nurses isn't a new concept; it's simply been forgotten, but trends are setting men up for a major comeback.

History of Men in Nursing

Nursing positions in modern history have predominately been filled by women. Thus, it might surprise you that prior to the Civil War, most nurses in the United States were men. However, once leadership on both sides of the war realized they needed more medical staff, they accepted female nurses to fill the gap. Civil War nurses began the trend of female nurses, and soon, the number of women nurses surpassed male nurses. As the natural caretakers of children and other family members, the evolution of women in nursing made perfect sense.

Once women entered the profession, men were basically pushed out of the picture until it was nearly unheard of to see male nurses. In fact, for much of the 20th century, U.S. nursing schools only accepted women as students. Men were kept out of nursing schools until 1982 when the Supreme Court finally ended this practice after declaring it unconstitutional. This finally opened a path for men to enter the nursing profession, but they faced massive stigmas and stereotypes that slowed the comeback of male nurses. However, a growing number of men continue to break through the gender barrier to pursue a rewarding nursing career.

Nursing shortages impact patient care, and the Bureau of Labor Statistics estimates another 15 percent increase in nursing jobs between 2016 and 2026. Similar to how wartime demands for medical professionals previously opened the door for women to join the nursing ranks, modern demands for more nurses are pushing the growing trend of male nurses. The demand for nursing services is projected to surge as the nation's population ages and requires long-term or end-of-life care. The diminishing number of qualified nurses due to retirement also helps fuel the trend of men entering the field.

A 2013 U.S. Census Bureau study reported that male registered nurses more than tripled since 1970. The Washington Center for Equitable Growth also noted that the population of male nurses has increased a remarkable 85 percent over the past 60 years. While male nurses still only account for 13 percent of the nursing population, this number is up dramatically from the 1960's number of a mere 2 percent. Progress may be somewhat slow, but male nurses are steadying making inroads and evening up the ranks.

Join the ranks of female and male nurses that explore the nation while learning new skills by finding a travel nursing job at Onward Healthcare.

Oddly enough, while there are fewer men in the nursing field, they still earn higher wages than their female counterparts. While men typically earn more than women in every profession, it's astonishing that there remains a gender pay gap in a profession that's been dominated by women for decades. According to a Medscape report, male registered nurses average $84,000 per year compared to $80,000 for women. The gap is even higher for those paid by salary, with men earning $89,000 compared to $81,000 for women.

Although the public image of a nurse is that of a woman and the news and entertainment industries play up the feminine traits associated with nursing, men continue to make great strides in breaking the gender barrier. As the need for trained nurses continues to rise, men who want to pursue a rewarding career in the nursing field should see a consistent increase in job opportunities.