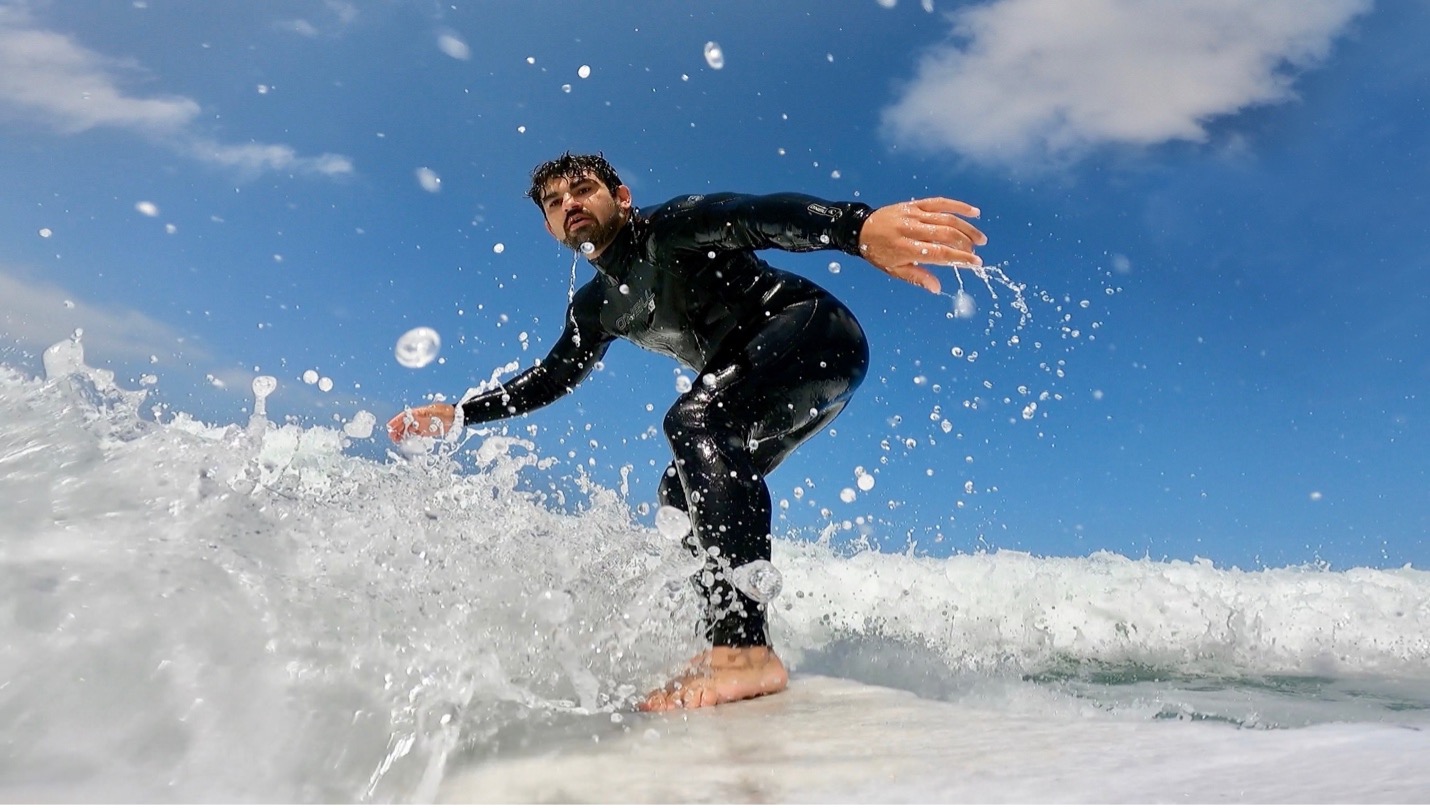 "In a way, I feel like my childhood groomed me to become a travel nurse," he said. "I realized I love caring for people. And my family moving around the country gave me a lot of exposure to various parts of the country and different people, which has helped me be a better travel nurse."

Derick, who travels with Onward Healthcare, has come a long way since graduating with his associate’s degree in nursing (ADN) in 2015, and his bachelor's degree (BSN) in 2017. Recently he received AMN Healthcare's Commitment to Excellence Award for Innovation, one of four travel nurse awards given annually in recognition of Nurses Month.

"I was shocked to get the award," Derick said. "I go to work and try to take care of patients the way I would want to be treated. I never thought I'd get nominated for an award, let alone win. So, it was an excellent feeling, but it was definitely a surprise."

Once you understand what kind of nurse Derick is, however, the award isn’t that surprising.

While on a travel nurse assignment in San Diego, he received a letter from a patient and his family. Part of the letter read: "Derick is more than just a nurse. He is compassionate, an uplifting motivational speaker and therapist all wrapped up into one. He not only takes care of the patients with the utmost skill and care, but he extends that same high level to the families of his patients."

Derick said nursing is more about building relationships than anything else. He found out early in his career that being respectful and giving high-quality care is critical to working with patients.

"I try to show patients that I genuinely just want to help them," he said. "That builds their trust in me as their nurse, and then we can work together more effectively. Nursing is about caring for people and knowing what you're doing and why you're doing it. That way, they have a reason to trust you and the care you are giving them."

His creative and caring approach, combined with the desire to learn new things at every travel nurse assignment, has helped enrich Derick’s career and add to his success.

Born in Ohio and raised in Kansas, Derick took his first full-time nursing job in an ICU at a Level I trauma center in Kansas right after earning his ADN degree. About a year later, he was ready for a change, and he knew that travel nursing would give him the ability to care for people and travel as he did when he was younger.

In 2016, he took his first travel nurse assignment and was sold by the lifestyle and benefits.

"I like that we have flexibility you won't find in many other fields," Derick said. "If I want to go to a specific place, I just have to get my license and talk to my recruiter. If I work for three months and decide I want to take a break, I simply don't take my next contract until I'm ready. I have a lot of friends in other career fields, and they don't have that flexibility. They have the 9-to-5 grind, and they can't just take a month or so off as we can."

Derick also enjoys that travel assignments allow him to increase his professional skillset. He came into travel nursing with a medical ICU background and has since been exposed to neuro, trauma, and cardiac nursing.

"I am very thankful that the hospitals and staff have been so welcoming and have taught me so much while I'm on assignment," he said. "I get a lot of different exposure, and I grow my skillset a lot, which is another benefit of travel nursing."

Making the most of each assignment

One reason Derick is a successful traveler is his attitude. When he takes a travel nurse assignment, he's excited and appreciative that the facility chose him.

"In nursing, you will have bad days, such as a busy shift or when a patient passes," he said. "I try to always remember that I'm still on this side of the bed rail. I'm not the one who's lying in bed. I'm not the one getting poked and prodded and wondering what my test results will be and how that will change my life. I'm not the one in pain. I don't have those issues to deal with. It's all about perspective."

Derick said that the more helpful he is on his assignment, the more the facility staff wants to teach him and help him succeed.

In 2019, he took his first Onward Health assignment with recruiter Lana B. As they’ve built their working relationship, he has been reassured that he is in excellent hands.

"One of the most important things in traveling is finding a recruiter who really understands you, what you're looking for, and is willing to do what they can for you," Derick said. "I've been very fortunate that my recruiter has always done what she can to make an assignment work for me. Lana's done an amazing job working with me."

While traveling with Onward, Derick has enjoyed a few assignments in California. As an avid surfer and snowboarder, he said with a laugh that "the beaches are much better in California than in Kansas." He's worked in San Diego and Torrance in Southern California, and at Stanford University Medical Center in the Bay Area.

He is currently on assignment in Reno, Nevada, scouting Lake Tahoe because he wants to snowboard there in the winter.

"All of my assignments have impacted me differently," he said. "They've all been incredible and beautiful, which is something I love about traveling. You also learn so much just by going from place to place.”

Derick has felt privileged to work at so many excellent facilities where he can learn from some of the best doctors and nurses in the country. “And when I get to my next assignment, I have the opportunity to share that knowledge at my new facility. That's how you can be innovative as a traveler."

Want to grow your nursing career? Onward Healthcare, an AMN Healthcare company, has thousands of exciting travel nurse assignments across the U.S.

APPLY TODAY to start working with a recruiter. 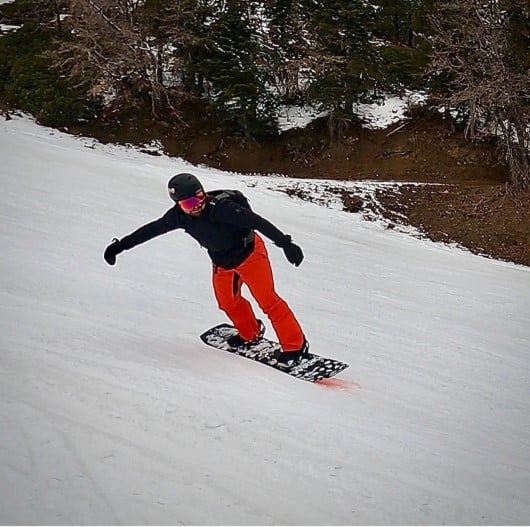 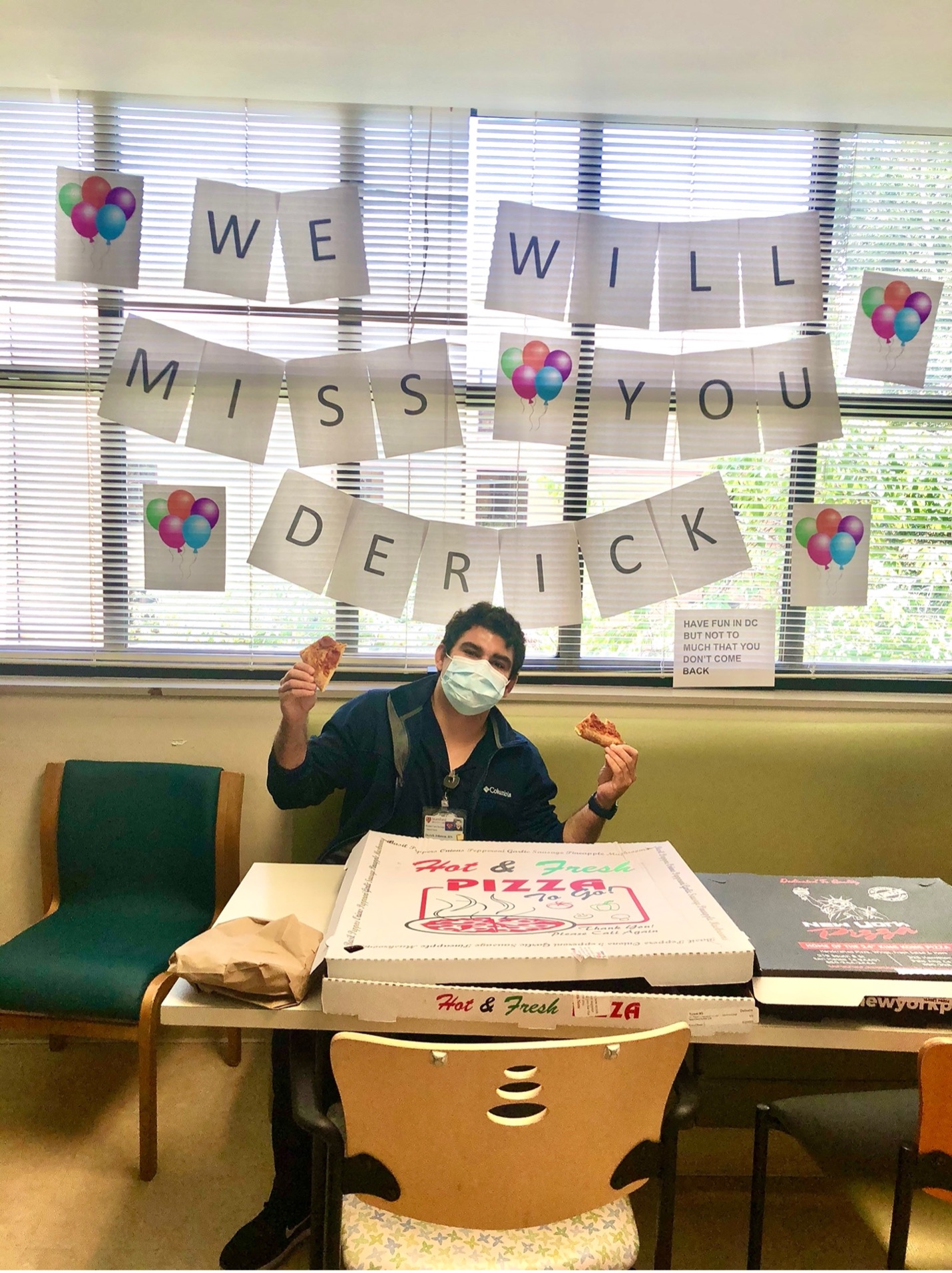