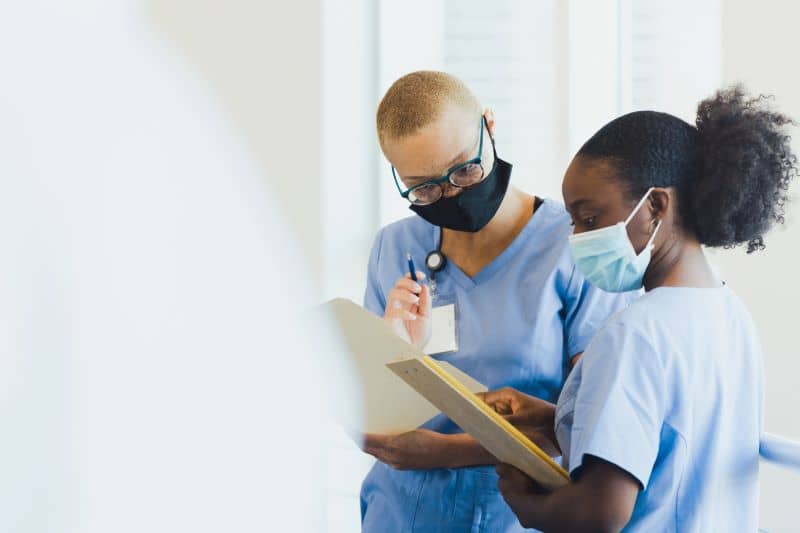 Nurses are the frontline providers of patient care, which also puts them at the front lines when it comes to nurse staffing, scheduling, and handling patient loads.

Thus, nurses should be the first ones to know whether nurse shortages are affecting their ranks.

A new survey of more than 3,300 registered nurses across the United States shows that RNs have indeed observed that the nursing shortage is getting worse. And it’s having an impact.

“The shortage of nurses and the increased patient load has made me feel unsafe in caring for my patients,” one survey respondent commented.

According to the 2017 Survey of Registered Nurses, just released by AMN Healthcare, nearly half of the respondents (48 percent) think the nursing shortage is worse than it was five years ago.

This represents a significant increase from the 2015 nurse survey results when just 37 percent of RNs reported the nursing shortage was worse than it had been five years before.

3 Factors Behind the Rise in Nurse Shortages

1. The wave of nurse retirements has begun.

These numbers, which have also increased since 2015, indicate that nurse retirements will contribute to the nursing shortage in hospitals and other health care facilities.

The baby boomer generation is getting older, and there are currently more Americans over the age of 65 than at any other time in U.S. history. This trend is expected to continue.

By 2030, data from the U.S. Census shows that the country’s elder population will increase to more than 20 percent, meaning 1 in 5 Americans will be senior citizens.

The aging population raises the demand for healthcare services. The National Council on Aging reports that about 80 percent of older adults have at least one chronic condition, and 68 percent have two or more.

3. Geographic differences in supply and demand.

New nurses often stay in the area where they graduated, and nurses may gravitate toward certain regions of the country, leaving some areas at a disadvantage when it comes to the number of local nurses available to recruit.

A 2017 report from the Health Resources and Services Administration (HRSA) confirmed that there is a great variance between states in nursing supply and demand. And data from the U.S. Bureau of Labor projects an average of 108,840 annual nurse job openings from 2014 – 2024, with varying degrees of shortages in each state.

Such regional nursing shortages present greater opportunities for nurses who are willing to permanently relocate or take travel nursing jobs in these locations for periods of 4-13 weeks.

RELATED: Which States Are Filling the Most Nursing Jobs?

Additional insights from the 2017 nurse survey

In fact, the results show that 38 percent of the nurse respondents often feel like quitting, and 35 percent say they hope they will not be in their current job in a year.

A number of the RNs surveyed (44 percent) also expressed frustration with not being able to spend as much time as they need with patients.

More than half of RNs worry their job is affecting their health.

The survey found 55 percent of nurses worry their jobs affect their health. Younger nurses were more concerned about it than older nurses: 61 percent of millennial nurses vs. 54 percent of baby boomers.

These nurses also have their own ideas on how organizations should transform leadership, with 82 percent noting that more nurse leaders are needed in health care.

However, the majority (61 percent) said they do not want to become leaders themselves. A larger percentage of millennial nurses, however, may consider this career option.

The latest AMN nurse survey reported that 68 percent of RNs believe national licensing for nurses would be helpful to their careers, including 77 percent of millennial nurses.

If the National Council of State Boards of Nursing (NCSBN) has anything to say about it, this wish will soon become a reality. Replacing the original multi-state nursing compact, the enhanced Nurse Licensure Compact, or eNLC, was recently enacted and will be officially implemented on January 19, 2018.

This agreement allows RNs and LPNs/LVNs in states that have joined the compact to practice across state lines, without the need for a separate license. Licensing standards are aligned across eNLC states so all applicants for a multistate license are required to meet the same standards, which include federal and state fingerprint-based criminal background checks.

Twenty-six states currently belong to the eNLC, but the NCSBN is aiming to get every state on board.

DOWNLOAD the full 2017 Survey of Registered Nurses for more insights about your nursing colleagues.

APPLY with Onward Healthcare to take charge of your own nursing career. We can help you with nurse licensing, job placements, travel nursing benefits, and more!