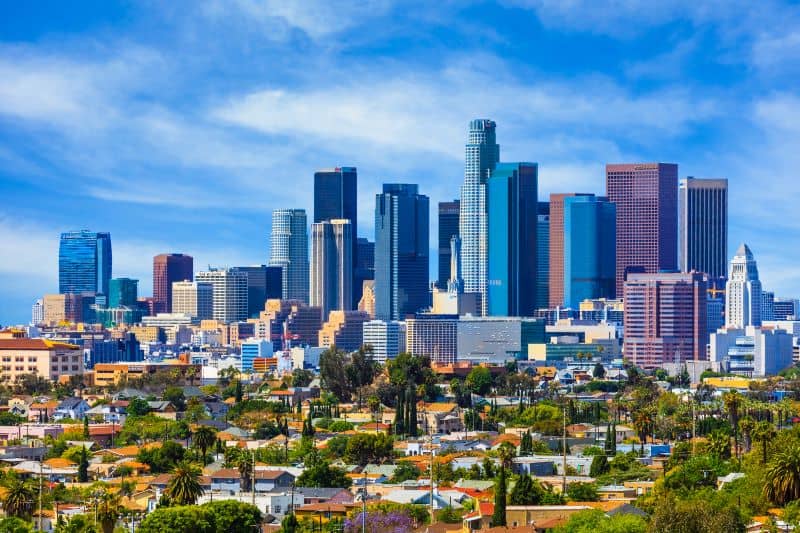 She’s in her element.

“I feel like I can give my full self to my patients because I’m not distracted by the busyness of the day,” Kiersten said.

Kiersten is originally from Atlanta, Georgia, and went to nursing school in Birmingham, Alabama.

She is currently working on a travel nurse assignment in the NICU at Kaiser Permanente Hospital in the Los Angeles area. And yes, she chose the night shift on purpose, as you can see.

“I just really enjoy the night shift, so I’m glad to be back on nights,” she said, noting that she had worked day shifts for nine months in a New York City-based hospital during a previous travel nurse assignment.

The Challenges and Joys of NICU Nursing

NICU nursing could be considered one of the most challenging nursing jobs that you could ever have. Your patients are tiny and fragile. Your patients can’t talk, and they require constant monitoring. In fact, it’s so demanding that most NICU nurse-staffing ratios are very low. A nurse might only be responsible for a couple of babies.

“Nursing, in general, is taking care of people in their most vulnerable state, but my patients can’t even advocate for themselves,” said Kiersten.

NICU nurses don’t just care for sick babies. They also care for those babies’ parents, who are often frightened and exhausted. They’re usually in shock at first, blindsided by their new baby winding up in the NICU.

Kiersten has learned that she must explain some things to parents over and over again to help them understand what’s happening to their children. It takes time and patience, but it’s worthwhile. So is the time that she spends helping new mothers of premature babies pump breastmilk, which often helps them feel like they are doing something tangible to help their children (and they are).

Like many nurses who dedicate their professional careers to caring for babies in the NICU, Kiersten can get very attached to her tiny patients.

“You’re with them on their whole journey,” she said. “It’s incredible the bond that you can form.”

Kiersten’s first job right out of nursing school was a NICU job at UAB in Birmingham --a role that resulted from a preceptorship at the same hospital. She felt right at home in the clinical setting and relished the chance to further develop her competence. Plus, she loved caring for the babies.

But Kiersten was also intrigued by the prospect of travel nursing from early on.

“I pretty much started traveling as soon as I could,” she said.

First, she took a travel assignment in New York, where she ended up staying for about a year and a half. She found New York to be very exciting, with restaurants, music, and theater available almost everywhere all the time. She also liked working in two different hospitals, where she gained a great deal of professional knowledge and confidence.

“I liked having to adapt quickly,” she said. “I thrive in that kind of environment.”

In fact, she advises potential travelers that being adaptable comes in handy when you’re taking on a travel assignment at a new facility. Sometimes, unexpected things can happen, and you have to be ready and able to adjust.

Kiersten wanted to try something completely different after working in the Big Apple. Her dream: California! She talked to her recruiter about finding a NICU job in a big city in the Golden State. She applied for her nursing license in California last October while she waited for the right opportunity.  And her recruiter delivered, setting her up with her current travel position in Los Angeles--her fourth travel job overall.

“I tell them it’s literally the best thing I ever did,” said Kiersten. “What I’ve learned in the last year and a half is so valuable. I just have so much more confidence from learning all these different ways to do things.”