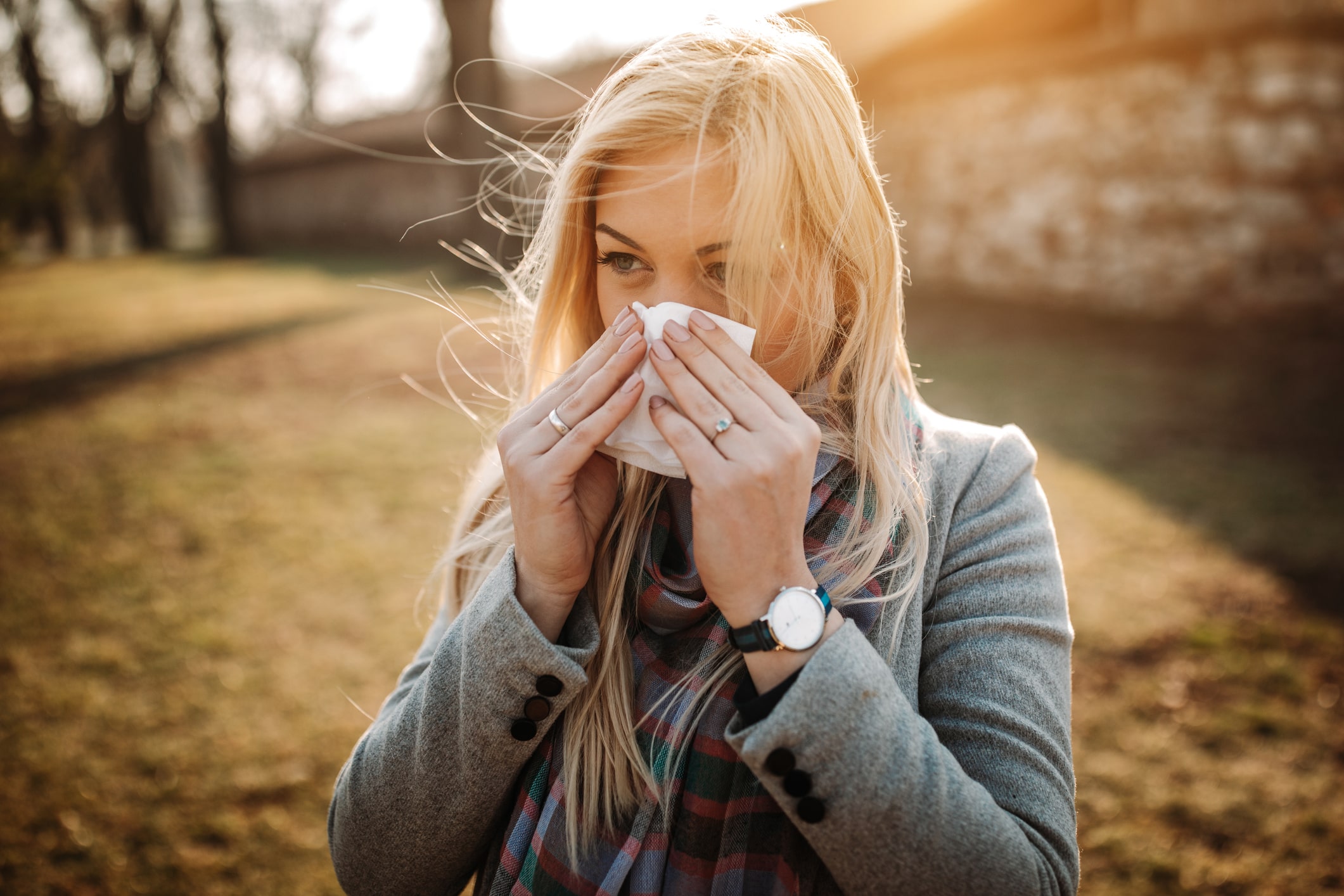 Ahhh, it’s springtime. Grasses have started growing, trees are budding and some flowers are already blooming. And some people are not feeling well. Just what is in the air?

What are the current outbreaks and what do we know about this year’s seasonal allergies?

Here’s a look at what’s currently “going around” in the United States in the spring of 2017, from A to Z.

CHECK OUT current travel nursing jobs across the country with Onward Healthcare.

Worldwide, allergies are one of the most common conditions, with between 10 percent and 30 percent of the population suffering from allergic rhinitis, according to the American Academy of Allergy, Asthma & Immunotherapy. Depending on the location, such as Florida, New Mexico and Arizona, high pollen counts and spring allergies are in full swing, reports Pollen.com, which hosts a national allergy map.

Seasonal allergies occur when the body’s immune system becomes sensitized and reacts to an allergen. Spring allergies begin in February and continue through early summer. Mild winters, which the U.S. experienced this year, can cause plants to pollinate early and increase seasonal allergy symptoms.

Areas that have experienced rainy weather—including California that has had an unusually wet winter and spring—can also expect mold growth and development, triggering symptoms in people with mold allergies.

Nurses should advise patients to avoid exposure to triggers; keep the doors and windows shut; avoid being outdoors in the evening when grass and tree pollens are highest; and take a shower, wash hair and change clothes after being outside. Providers should also refer to an allergist if symptoms worsen.

People primarily suffer from the common cold in the winter and spring, although it can strike at any time. Millions of Americans come down with the common cold each year, and most people recover in 7 to 10 days. However, those with asthma or immune disorders may develop more serious illnesses. Tell patients that the best course of action is rest and drinking plenty of fluids.

Flu season is winding down, but the Centers for Disease Control and Prevention (CDC) reports that influenza activity remains elevated, across the nation. During the 2016-2017 flu season, which began in October, 61 children have died and 15,137 laboratory-confirmed influenza-associated hospitalizations have been reported, with the largest group requiring acute care admissions being those age 65 or older. As of March 25, 2017, widespread flu activity continued in most states along the East Coast and Midwest.

Remind patients if they develop flu symptoms—a fever and chills, cough, sore throat, runny nose, body aches and fatigue—to contact a healthcare provider immediately. Antiviral drugs, such as Tamiflu, can shorten the flu’s duration, but they must be started within two days of symptom development.

If a patient knows he or she has an insect allergy, avoiding the bugs is key. These patients also should avoid wearing perfume or brightly colored or loose-fitting clothing, wear closed-toe shoes when outside and consider immunotherapy.

While costs of Epi-Pens and other brands of epinephrine auto-injectors have risen significantly in recent years, anyone with an insect allergy is often advised to carry one, to deal with the reaction and then seek emergency care. People who are affected should also see an allergist.

Despite a vaccine that is 97 percent effective after two doses, measles continues to be a problem. Current outbreaks in 2017 have included 21 people from seven states. Most of these people have not been vaccinated. Often, travelers who became infected overseas introduce measles to the United States.

Healthcare providers are encouraged to educate patients about the importance and safety of vaccinations. If someone has been exposed to the measles, he or she should seek medical care immediately. The doctor may administer the vaccine or immune globulin to decrease the risk. Meanwhile, the person should stay away from places where there are susceptible people, such as a school or childcare. Anyone who develops the measles should call the doctor to be evaluated without putting other patients at risk.

The United States also is experiencing outbreaks of another vaccine-preventable disease: mumps, with 1,077 cases in 37 states from January 1 to February 25, 2017.

In 2016, there were 5,311 mumps cases reported to the CDC. The vaccine is 88 percent effective after two doses. Mumps spreads through direct contact with respiratory secretions and manifests as pain, tenderness and swelling of the parotid salivary glands. It’s reportable and care is supportive.

The Zika virus was discovered in Uganda in 1947, but it came to prominence in the United States in 2016. CDC Acting Director Anne Schuchat, MD, reported in April 2017 that the agency sees 30 to 40 new cases weekly in pregnant women in the United States.

“Zika continues to be a threat to pregnant women in the United States,” said Schuchat, during a conference call. “We cannot be complacent.”

Infection with the Zika virus is associated with congenital microcephaly and other fetal defects. About 10 percent of pregnant women with confirmed Zika infection delivered a child affected by the virus or stillborn. CDC urges brain imaging after delivery for any women who was infected with Zika.

In 2016, the CDC issued warnings that pregnant women not visit areas where Zika virus has been identified, including Brownsville, Texas, and Miami-Dade, Broward and Palm Beach counties, Florida. The CDC now considers these communities cautionary areas. Men who have been in a Zika area should wear a condom when having sex with a pregnant woman or abstain.

Aedes mosquitos spread the virus, but it also can be transmitted through sex and likely by blood transfusion. Around 20 percent of people who are exposed develop symptoms, and then they are often mild, including a rash, joint pain, fever and red eyes. Some people develop Guillain-Barre syndrome.

ONWARD HEALTHCARE can place you in exciting travel jobs in your nursing specialty across the country.